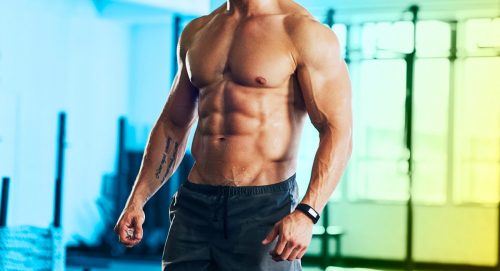 The 6-pack is the ultimate goal of most people who want to get in shape. But even if you’re already in great shape, it can be hard to reveal that shiny six pack underneath your fat.

But what if I told you that you can have a ripped midsection without ever stepping foot inside a gym? Well, it’s true! All it takes is some smart dieting and exercise to make your six pack pop.

I’ve created this list of common mistakes people make when trying to get a 6-pack, so you don’t make the same mistakes!

I’ll start with one of the biggest mistakes I see people make when they are trying to get a 6-pack, and that is skipping ab exercises. A lot of times when people want to get abs their first reaction is to go for a run or try some sort of cardio workout, but this isn’t going to help you get that 6-pack. You need to focus on training your core muscles, which will include your obliques (side abs) and lower abs. You can do these exercises in any order, but I suggest starting off with a 15 minute warm up like jumping jacks or jumping rope. Then move into some crunches or planks followed by side bends and twists. Remember not every workout needs to be heavy and intense so always keep it fun!

To start off the list, you are likely not drinking enough water throughout the day. Exercising, working in air conditioning, and/or working outdoors will dehydrate you, which can lead to two negative outcomes. The first downside of dehydration is poor recovery, as water is greatly needed for the absorption of vitamins, minerals, and electrolyte replacement. The second downside of dehydration is that it makes your body store more fat! When we are dehydrated our bodies increase their blood flow to our skin in an effort to aid in the cooling process. The problem is that this increased blood flow also brings more nutrients to our skin which leads to more fat storage!

Lack of sleep has been linked to weight gain and poor recovery from exercise. Better Sleep allows for muscle growth by allowing for regeneration of muscle tissue during rest periods throughout the night (as well as a host of other benefits). If we don’t get enough sleep then we will not be able to get into optimal shape because our bodies are not fully repairing themselves after workouts and generally not functioning at their best level.

Mistake #4: Eating Too Much Protein

This is another common mistake that many people make when trying to lose weight, and it has nothing to do with a lack of nutrients. Most people don’t realize that too much protein can actually prevent them from losing weight! When you consume too much protein, your body will convert some of it into sugar, which leads to fat storage.

This mistake often occurs when someone first starts working out or they have never been very active in their life before starting an exercise program. Protein is essential for building muscle mass but too much protein can cause bloating and other unwanted side effects such as constipation and nausea. The average person should aim for about 1 gram per pound of body weight, which for most people works out to be about 100 grams per day. That being said, if you’re more active than average (lifting weights three times per week) then adding another 10 grams per pound.

It’s true that carbs are often demonized in the diet world these days, but they are an essential part of our nutrition plan — especially if you want to get a six-pack! Carbohydrates give us energy and help us recover from exercise more efficiently. If you’re not eating enough carbs then you’ll be missing out on all those benefits.

Mistake #6 Too Much Cardio

While cardio is important for fat loss (especially when paired with weight training), too much cardio can actually hinder your progress by burning muscle instead of fat! This is because doing long periods on an empty stomach (like first thing in the morning) causes cortisol levels to spike, which raises blood sugar levels quickly followed by a crash (which leads to more cravings). When this happens repeatedly over time, our bodies start to burn muscle instead because it’s easier for our bodies to do so than burn fat.

is essential for building new muscle tissue and repairing damaged muscle fibers after workouts. This is why eating at least 1 gram of protein per pound of body weight is recommended by most fitness professionals in order to maintain lean muscle mass while losing body fat.

We’ve all heard this one before, but it’s a fact that too much exercise can actually produce more fat instead of less. That’s why it’s important to understand the role of rest days in your fitness schedule. Even if you’re not sore or tired from your previous workout, a day off here and there can significantly impact your results.